He was quiet and humble in his pursuit for daily service to help others. Case in point, years ago, I was in a bad car accident and it took me 6 years to walk, and 2 of those years I was unable to drive, during which, every day Bob called to ask if I needed anything, if he could pick up anything, or drive me anywhere. Being so physically disabled, his help was very appreciated. Although I offered to pay him, he would never take it, and only ask I buy him a sandwich and a soda for later, which I gladly did. Through the years, I have often thought of his extreme unconditional kindness, and marveled, because in truth, how many people would do what he did to help me?

Not many. He was a God-send, he was an angel, and I thank God every day for his help, his kindness, and his quiet accepting approach to life on life terms. He always did the next right thing, regardless of the sacrifice.

What an honor to have known him! His character continues to give me hope for mankind, with the wish, that more will follow in his admirable footsteps. Schell, the Kent School Headmaster, at the Kent School Chapel on Sunday November 4th at pm, and the burial will be held immediately after in the historic Kent School Cemetery, where he will be honored with a Veteran Memorial head stone, and the Veterans Honors at the graveside.

Memorial contributions may be made in honor of Robert L. Gaelen Michael Schwindt Gaelen Michael Schwindt, age 22, passed away unexpectedly in an automobile accident in Sharon on October 3, He was the longtime boyfriend of Emily Andrews. An avid outdoorsman, Gaelen spent time hiking, camping, and stargazing. He was a big fan of the bands August Burns Red and Slipknot among others.

He was a light in the dark, and is deeply missed. There will be no funeral. Steep Rock Association, Inc. Predeceased by her husband, Lou, in , she is survived by her 5 children- Lois, Peter, Lisa, Donald and Douglas, 11 grandchildren and 6 great grandchildren. Always the consummate hostess, Hella loved entertaining people with food and tales of her life experiences. Fifty years of exploring and foraging on the Salisbury property led to many discoveries, lessons and fabulous recipes. While traveling the world with Lou, she added to her extensive cookbook library.

As an avid reader, Hella was a remarkable wordsmith and crossword enthusiast. Hella enjoyed driving between her homes in Houston and Salisbury, and in finally chose Salisbury as her permanent home. Volumes of guest books document the many extended family members, friends and travelers who visited. Friends are invited to join the family at a gravesite memorial service to be held at Salisbury Cemetery on Sat.


Attn: Lisa Bradley, Undermountain Rd. He was the partner of Emily Comstock DiMartino. A graduate of C.

Vincent taught at both the high school and college levels. An entrepreneur as well, he owned an educational printing company specializing in Italian and Spanish language textbooks. Vincent M. Vince was born on July 1, in the town of Oyster Bay, N. He was a long time resident of Sharon, Connecticut, a town in which he was an active member of his community. He was a veteran of the United States Marine Corps, which he proudly served for 3 years. Anyone who knew him realized how proud he was of his service to his country. He could often be heard telling his stories of his military years.

He will be greatly missed by his family. There will be a graveside service on Saturday, October 6, at p. Gustav Haller Jr. Cornwall Bridge- Gustav Haller Jr. After graduating high school, Gustav served in the U. He also was a permanent fixture at the Cornwall Country Market,always wanting to strike up conversations with anyone who would listen. He is survived by a brother John; and his wife Margaret. Burial will follow with full military honors at the Cornwall Cemetery. William Kevin McGrath William Kevin McGrath, affectionately known as Kevin to all that had the pleasure to know him, passed away last Tuesday evening in his home surrounded by his family after a very brief illness.

He was Schmidt in St. 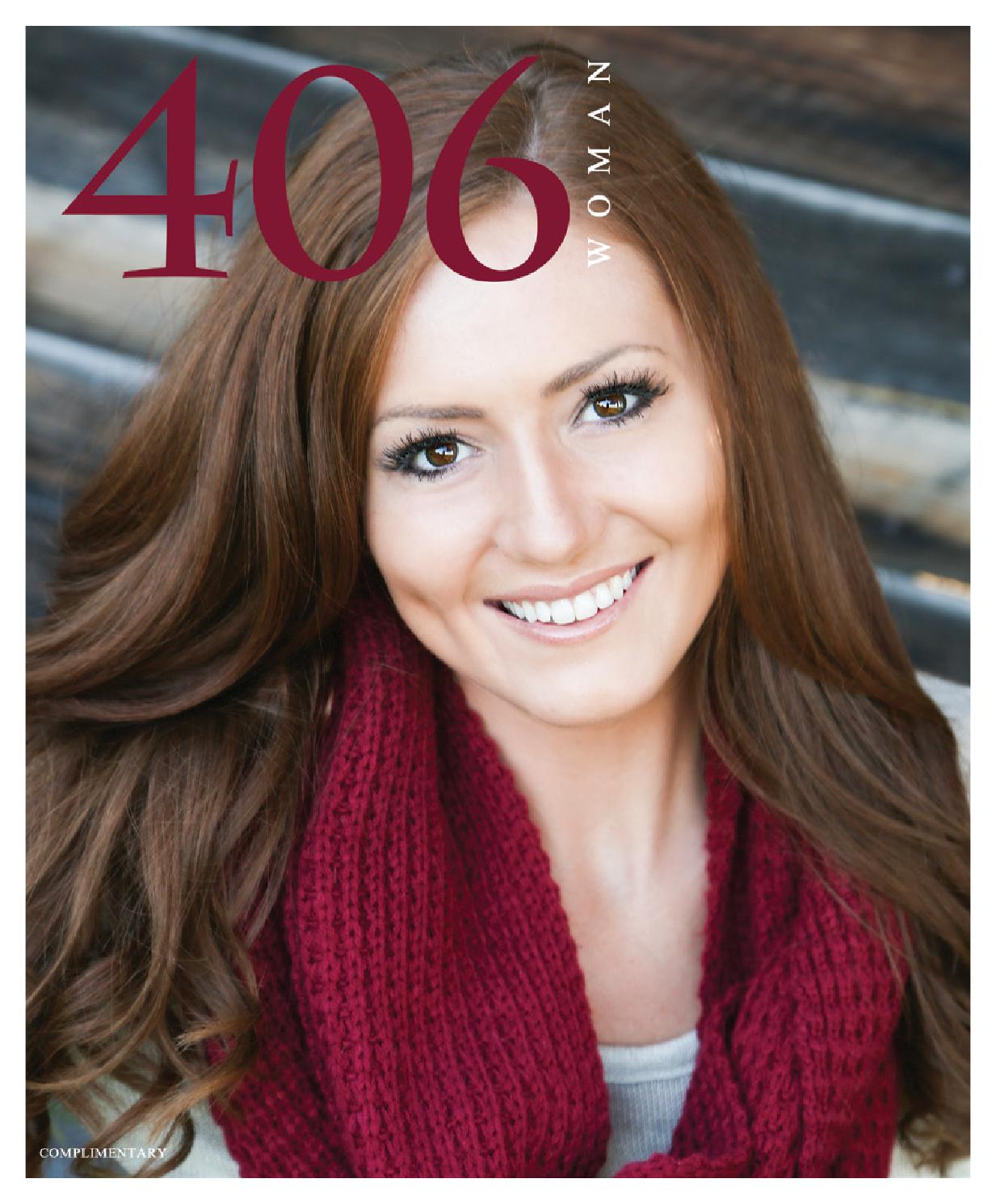 Gallen, Switzerland. He was a graduate of Georgetown University. Where Kevin truly found the most pleasure was in the great outdoors. He was a passionate sportsman who excelled at everything that attracted his attention. He was a lifelong equestrian and an international fox hunter who enjoyed his time as a Master of Fox Hounds.

He was an accomplished shot who enjoyed hunting for reindeer in Norway, grouse and deer in England and Scotland, and fly fishing in Montana and The Bahamas. In recent years, he worked as a shooting instructor at Orvis Sandanona in Millbrook, NY, as well as hosted duck hunting and sporting clays excursions on his property. He enjoyed travelling the world and utilizing his considerable talents of speaking several foreign languages.

He was a voracious reader and studied yoga intensively. He loved playing golf and racquet sports and spending time with his family and his dogs Blitz and Rocket. He was predeceased by his sister Maureen. Burial arrangements will be private. He graduated from Watertown High School and found a career in tool making, he also loved music and walks with his dog. The Kenny Funeral Home has care arrangements.

He was the son of the late Theodore and Anna Pederson Johnson. Thomas was born in Sharon on September 23, He was a carpenter for most of his life in the Buffalo area of New York. He is survived by a son Kyle and a daughter Kelly. He is also survived by a brother, Ted and a sister Tammy.

Ron was born and raised in Detroit, MI.

During his teenage and college years he led long canoe trips at Keeywaydin camp, including a voyage to Hudson Bay. He was an impressive athlete and was Captain of his wrestling team at Princeton.

After his retirement he pursued his passion for environmental education and attended Southern Connecticut University. Ron and Anne retired in Patagonia, AZ and Cornwall Bridge, CT where he enjoyed wide open spaces, fresh air, hiking, swimming, running, birding, rafting, canoeing, kayaking, horseback riding and his many dogs. Ron had an adventurous spirit and a strong sense of family. He loved spending time with Anne, his children, grandchildren and relished in planning family vacations and campouts.

He created long lasting memories for his family and friends and will be greatly missed by all. Box , Rio Rico, AZ William F. Anderson, 70, passed away peacefully at Sharon Hospital on September 4, after a long battle with cancer. He was a world traveler, a Veteran in the United States Navy, retired.

And worked for another 20 years at Kent School. He will be missed by all his family and friends. Gone But Never Forgotten. She was the loving wife of the late William Washburn. At age 13, she moved to Salisbury, CT. She was predeceased by son, Mark, brothers, Luther and Robert and sister Mary.

Winnie enjoyed going to softball games, bowling and horseshoes besides life in general. She also loved to watch tennis and nascar. Cuneo Donald L. Cuneo, 74, of Lime Rock Road, Lakeville, Connecticut, and formerly of New York City, passed away peacefully at home on August 31, , surrounded by his loving family, after a fierce, but short, battle with cancer. He graduated from Lehigh University in with a B.

At Lehigh, he was chosen to represent the university as a participant in Operation Crossroads Africa and built a community center and hospital clinic for the residents of a rural town in Togo. After college, Don attended Columbia University, was selected as one of 50 graduate students for the International Fellows Program and earned his J.

While attending Columbia, he lived as a resident of International House I-House , a non-profit organization established in with a goal to foster cross-cultural understanding. Don was elected to the I-House Board of Trustees in ; he served as secretary of the Board, during which time he was instrumental in the purchase of I-House North, increasing the size of the community by 50 percent. Don had a distinguished, year career at I-House where he lived with his wife, Bonnie, and their two children, Kristen and Lane.

After retiring from I-House in , Don and Bonnie moved permanently into their Lakeville home, where he became an active participant in the local community. Don joined the board of Northwest Connect, a local non-profit aiming to provide regional fiber optic networks to the area.